It's the dawn of a new era in professional baseball, as the American and National Leagues are ready to begin play.  As the season begins to open, there have been some significant changes that may very well shift the balance of power in both leagues.  Let's take a look back at the off-season, and who writers and experts believe are going to win the race to the tops of their respective leagues.


Perhaps the biggest news to come out of this winter was the news that six National League players were lured from their previous teams to the American League.  The Chicago White Sox were able to grab two new outfielders; Jiggs Donahue from Philadelphia and Bill Lange from Cincinnati.  Lange was seen as one of the best hitters in the National League.  He complied 1,495 hits with a .346 batting average with the Reds and was immediately marked in as the starting left fielder for Chicago.

The corner outfielders weren't the only players to jump.  The Philadelphia Athletics made a huge acquisition as they were able to wrest Cy Young from the Cincinnati Reds.  Young was one of the best pitchers in all of baseball, and his jump to Philadelphia has left the Reds reeling.  The Washington Senators lured talented young first baseman Nap Lajoie away from the Boston Beaneaters, while the Detroit Tigers stole Joe Sullivan from Brooklyn.  Not to be left out, the Cleveland Blues added to their depth by signing third baseman Bill Coughlin, formerly of the New York Giants.

It goes without saying that Cy Young was the biggest name to jump to the American League, but the signings of Bill Lange and Nap Lajoie have also made National League clubs more nervous about the stability of their rosters.  If young stars like Lange and Lajoie can be convinced to jump, who else may be sold on the new league, and how much could it possibly cost to keep those players with their current clubs?

The jumping players are below, in the uniforms of their new teams. 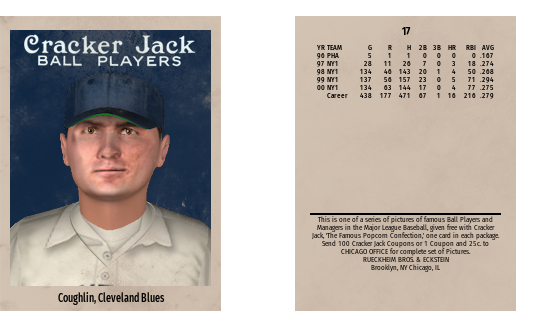 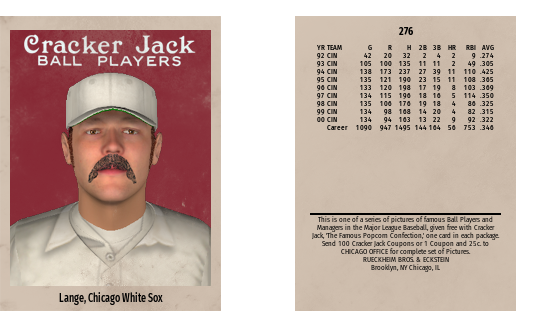 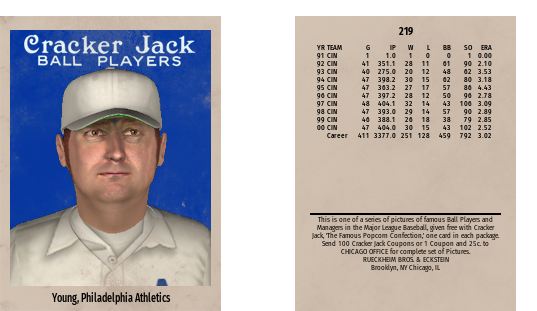 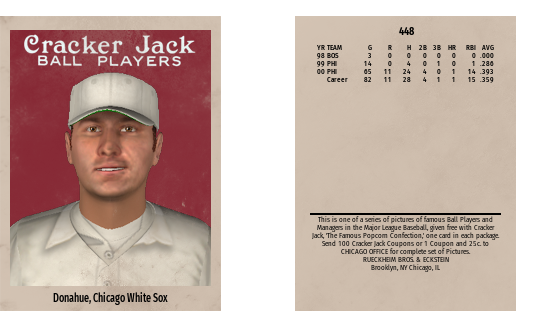 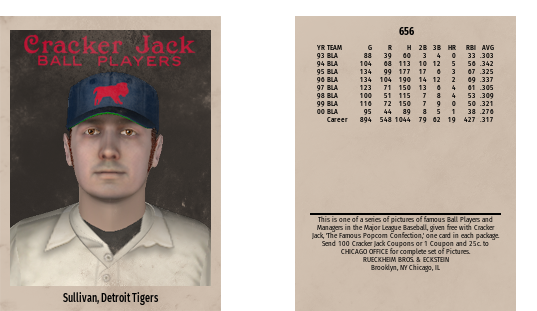 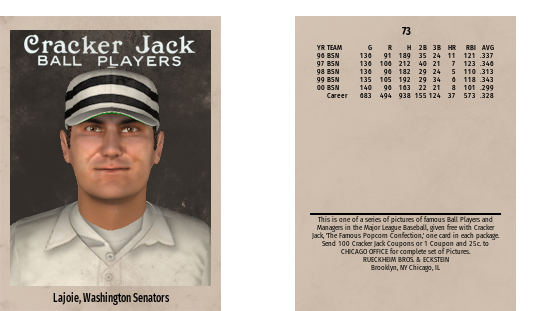 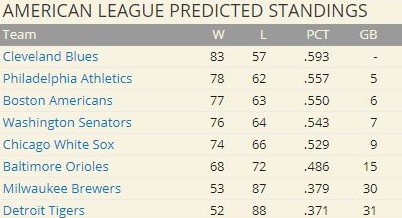 In Cleveland, expectations are once again high.  Following their second place finish in the National Association in 1900, the Blues have been predicted by experts to be the top team of the new American League.  The addition of Cy Young to Philadelphia pitching staff certainly improved the expected outlook of the Athletics in 1901.  While it doesn't appear to many that Young alone is going to be enough for Philadelphia to catch the Cleveland Blues, the Athletics are certainly a team to watch in 1901.  Aside from the Athletics, experts are predicting a bottleneck of teams competing for second place. 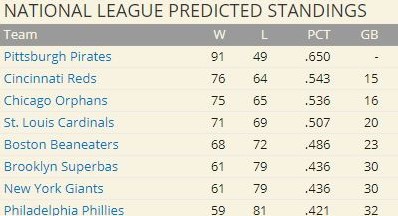 No team was damaged as much by the raids of the American League than the Cincinnati Reds.  The Reds, who are have the most robust history of any franchise in baseball, saw two of their top players jump ship to the American League.  Now, without Cy Young and Bill Lange, experts believe that Cincinnati will be looking up by a great margin at the Pittsburgh Pirates.  The Pirates were fortunate enough not to lose any significant players to the American League and seem to be head and shoulders above the other seven NL clubs.

Aside from Cincinnati, the Chicago and St. Louis clubs both appear to have somewhat successful seasons on tap in 1901.  Chicago has a more experienced team than the Cardinals, but St. Louis has a terrific group of young talent, including pitcher Eddie Plank, and they are poised to strike at the top of the National League.  If the Cardinals can put all of their pieces together, they could become a top team in the NL for the next decade or more.
Posted by GreatSportsReplay at 1:19 PM